The Journey to Nomading

“Where are you from?”

The seeds of thought for living nomadically were planted a long time ago. Right after graduating college I went on a solo backpacking trip through Europe for five weeks. I think I realized that I was about to enter the work force and this may be one of the last large chunks of free time I would have for awhile. I wanted to get out of the U.S. and see different cultures, try different food, and just see more of the world. I had about $5,000 to my name and crushed through all of it during the trip, spending two-three nights in each city I stayed in while exploring as much as possible. 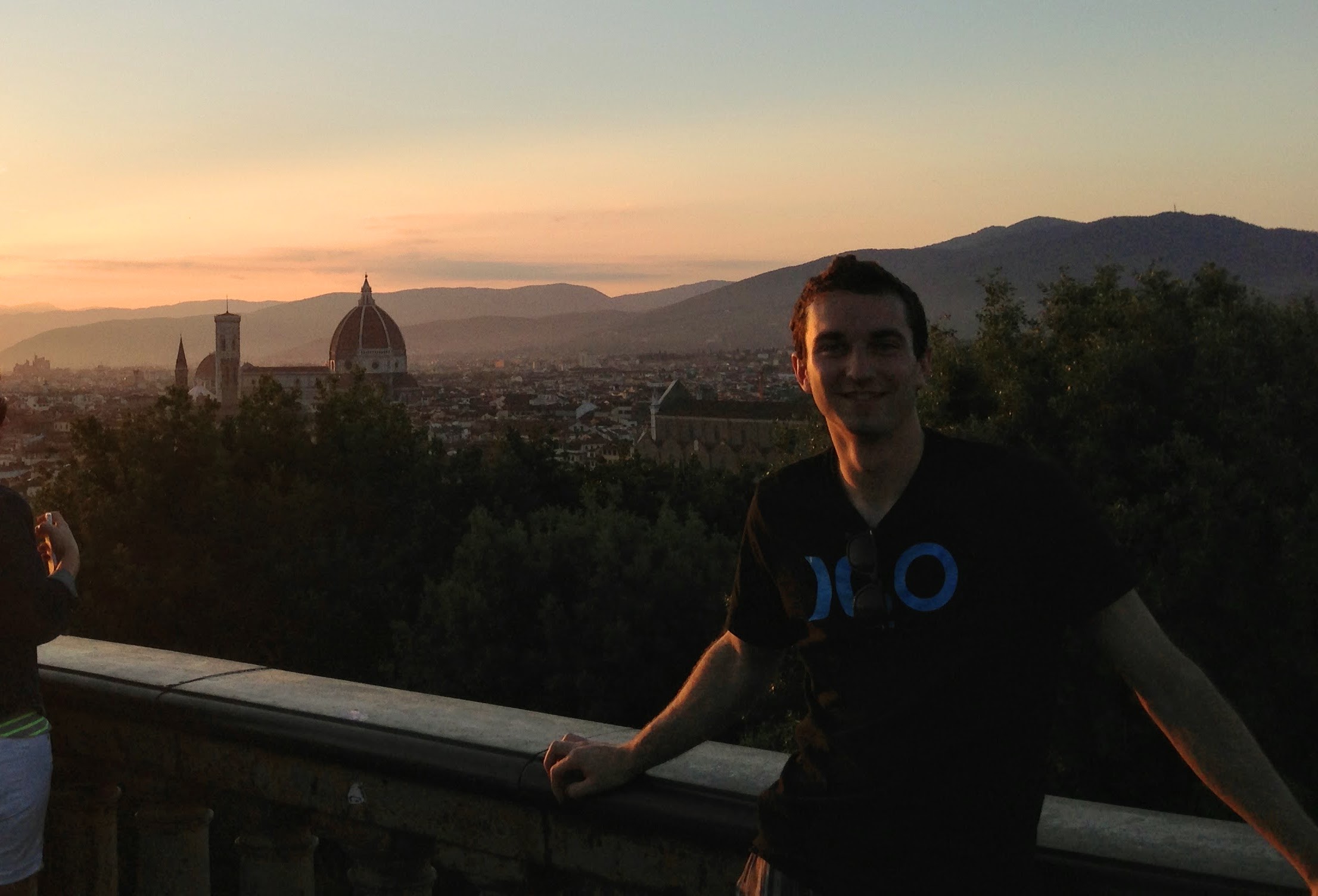 When I got home and reflected on the trip, I realized that, despite how amazing it was, visiting a city for just a few days doesn’t give that much perspective on the city or the culture. I wanted to live and immerse myself in cities and cultures, not just pass through. I liked going to sit in a coffee shop in a new city and just reading and people watching. Or walking around the city until my feet hurt trying to get a taste of the essence of the place. Yes, I always like to do some of the touristy stuff of course, but it was hard to really get a sense of the place in just two-three days, not to mention how intense that can be when you are doing all the planning for five weeks in foreign countries with just WiFi on your phone. This desire to travel slowly and more immersively would stay with me, and although it wouldn’t manifest into a clear goal for a long time, it became a primary driver for how I made decisions the last six years.

Shortly after starting my post-college job I started considering what a next step might be. I was working as a process engineer in a factory and not particularly satisfied with the work or the environment. The corporate structure was heavily bureaucratic and the only way to progress seemed to be to stay around long enough - perhaps 15 years or so. Outside of my immediate peers, who were great people, the work environment was petty, argumentative, and largely felt like high school, except with grown men who had 15 years of grudges against each other. At the time, I was considering going deeper into the business side of things, either to advance at my current company more rapidly or find work somewhere else in the business world, outside of engineering. I was considering getting an MBA and went as far as to take the GMAT. I was also getting into PLC programming at my day job and loved doing that. I’d been considering PLC programming or just computer programming in general as an option too - I took a comp sci class in college and loved it and did well in it, so I thought maybe programming could be a good fit. At some point, I realized I definitely didn’t want to stay at my current company due to lack of upward mobility and generally poor work environment and started trying to seriously figure out what was next. Remote work was in the back of my mind - what if I could find a job where I could work remotely and actually get to live in other places?

Around this time, I read a book called What Color is Your Parachute that had a dramatic impact on the way I approached my career. It talks about multi-step changes to get to where you want to be career-wise rather than trying to leap across companies and industries simultaneously. It suggests that you take this in multiple steps, and either attempt to change job roles at your current company and then seek another company in that role or you change companies in a similar role and then attempt to change job roles. Luckily for me, my sister was in a position to offer me just such an opportunity.

My sister was working at a marketing and sales company and told me I might be able to get a job there as an “analyst” doing data analytics and project management in a tech-heavy “start-up like” environment. It seemed like a good idea for several reasons: I was still interested in getting into the business side of engineering and this seemed like a good way to explore that and it also brought me a step closer to software engineering. My sister told me that this company was fairly open to people jumping out of roles and into others and that there might be an opportunity for me to get into software engineering eventually.

I realized rapidly that I did not like the “business” part but I very much liked the “tech” part of this new job. I didn’t like how intangible a lot of my work was. Most of it was managing other people’s work, organizing split tests, reporting on the outcomes, and playing a corporate game that I didn’t enjoy. My favorite parts of the job were getting to interact with our web development teams and learn what they were working on and solving. The tech side appealed to me because the work was extremely tangible, creative, fun and it stretched me intellectually. I began asking my mangers (people moved around a lot so I had a lot of them) about possible role changes and began talking to our head of internal talent about it. She told me that it was something that had been considered but wasn’t established yet. I waited patiently and began learning some programming on my own and continued to bring it up with the right people occasionally. Eventually they decided to pilot an “internal tech academy” which myself and two others completed. It was a six month coding bootcamp designed to train us into engineers, with the first three months work being in addition to our current job duties and the last three months full-time bootcamp on site at the company with placement on one of the internal teams afterwards.

Well, I made it out of the bootcamp and got the title of “Junior Web Developer” and realized that 6 months of bootcamp does very little to prepare you for getting onto a real project and writing production code. I was also beginning to fully form a dream of working remotely - I figured with enough time in software engineering I would eventually be in a good enough position to find remote work somehow.

My excitement for software engineering grew as I learned more and as the problem solving became more complex and more interesting. It was one of those few activities that I could lose myself in, finding a “flow state” as it’s called. My aptitude for it as well as having a business background at the company allowed me to progress rapidly from Junior to Associate to Mid-level software engineer. I’d been a software engineer for a little over a year and a half when I reached out to a friend who had left the company to travel and work remotely, asking him about his experience and how he was going about it and how he went about finding remote work. Turns out the company he was working for was in the midst of hiring and he encouraged me to apply. I felt like I didn’t have enough experience yet, but I figured why not, and applied there as well as several other remote positions and landed the job at the company my friend worked for.

In the midst of all this, I’d separated with my long time partner and had an apartment lease that was ending in about six months. I started planning to leave at the end of my lease and begin a new chapter of my life on the road.

Recently when folks ask where I’m from, I just tell them where I was born and let them ask what’s usually an amusing series of questions as they piece together what I’m doing now.